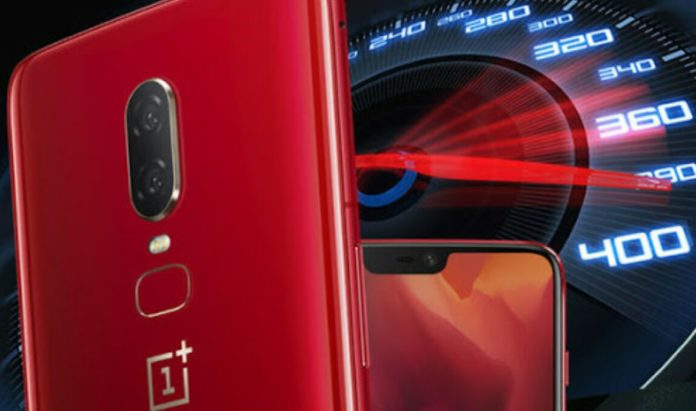 OnePlus 6T launch event has begun with great pomp and show in New York OnePlus 6T is the successor to the OnePlus 6, which was launched earlier this year in India and has become the number 1 premium smartphone brand in India. OnePlus 6T will be available in two colours — Mirror Black and Midnight Black.
OnePlus 6T ships with Qualcomm Snapdragon 845 processor and three variants — 6GB RAM with 128GB of internal storage, 8GB RAM with 128GB storage, and 8GB of RAM with 256GB storage. OnePlus 6T features a dewdrop style notch, which leaves space only for the selfie camera at the top. The smartphone doesn’t feature a headphone jack, which makes this the first OnePlus phone to ship without this feature. OnePlus 6T also features an in-display fingerprint reader. The smartphone has a dual rear camera setup, with a 16-megapixel primary sensor and 20-megapixel secondary sensor, both of which have f/1.7 aperture. The camera supports OIS and EIS and 480 fps slow-mo videos. The OnePlus 6T has a 16-megapixel front camera too. OnePlus 6T features a 6.41-inch display with a waterdrop style notch. It has a 19.5″9 aspect ratio. The smartphone weighs 185 grams. On the software front, OnePlus 6T ships with OxygenOS basedon Android 9.0 Pie.

OnePlus 6T US price is $549 (roughly Rs. 41,000) for the 6GB RAM 128GB storage variant, $579 for the 8GB/ 128GB variant, and $629 for 8GB RAM/ 256GB storage variant. The India price is expected to be around Rs. 40,000. The smartphone will be available from November 1 in North America and November 6 in Europe.
OnePlus 6T launch in India is going to be accompanied by best launch offers. This includes a cashback of Rs. 5,400 via Reliance Jio and Rs. 2,000 via ICICI Bank and Citi Bank. The phone will also be sold offline through Reliance Digital stores in India.