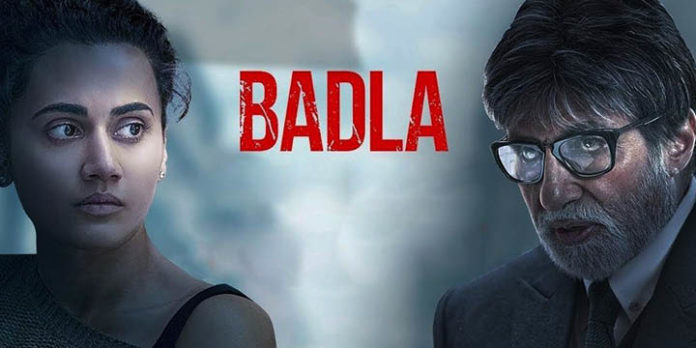 Sujoy Ghosh’s Badla has hit the screens today. Starring Amitabh Bachchan and Taapsee Pannu , the film is a remake of hit Spanish thriller The Invisible Guest (2016) and produced by Gauri Khan, Sunir Khetarpal, Akshai Puri and Gaurav Verma. It also stars Manav Kaul and Amritha Singh. Badla is a crime thriller in which Taapsee (Naina Sethi) plays the character of a woman, who apparently gets falsely framed in the murder of her boyfriend. Her character has a husband and daughter also in the movie. On the other side, Amitabh Bachchan,(Badal Gupta) is seen as a highly efficient lawyer, who takes up Naina’s case to fight in favour of her.

A number of tweets have come in, praising the story of Badla, and also Big B and Taapsee’s performances. The movie is being called an edge-of-the-seat thriller with some extremely unexpected twists and turns.